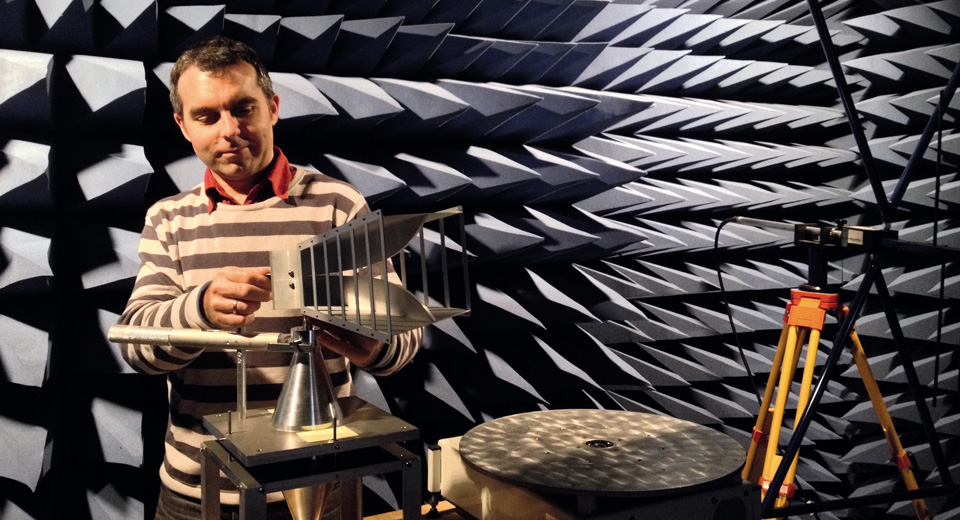 On October 3, 2014, the CNRS, Joseph Fourier University, Institut National Polytechnique of Grenoble, University of Savoie and the CSTB signed a partnership agreement to pool their expertise in electromagnetism to form the Phéline platform. As more and more devices and equipment generating electromagnetic fields appear in our environment, the challenge is to fully understand the levels at which people are exposed in order to meet expectations of the state and the public.

Electromagnetic fields can be generated by radio transmitters, cell phones and microwave ovens, to take just three examples. Unintentional electromagnetic fields are also generated by all types of electrical and electronic devices. The CSTB is working with IMEP-LaHC1 to characterize these electromagnetic fields and study how they interact with humans and the environment. This major collaborative research unit involves the CNRS, Joseph Fourier University, Institut National Polytechnique of Grenoble and University of Savoie. While the IMEP-LaHC focuses on the upstream aspects of microelectronic devices and their field radiant systems, the CSTB is working on electromagnetic fields in buildings and the built environment. Together, they form the Grenoble-based platform of research excellence known as Phéline. Phéline provides the facilities to conduct theoretical and experimental research in electromagnetism to generate the data on personal exposure levels needed to develop effective strategies to control them. Christophe Martinsons, head of the Lighting and Electromagnetism Division at the CSTB, explains:

Our collaboration with IMEP-LaHC is primarily driven by research. We are currently working on a project called Expo@Lyon, which started in 2014 and will be completed in 2016. Supported by the ANSES (French Agency for Food, Environmental and Occupational Health and Safety), this project is researching the measurement and digital simulation of electromagnetic fields to identify the exposure experienced by people in traditional and multimedia libraries in Lyon. These environments have many sources of exposure, from Wi-Fi terminals and cell phones to the radio-frequency identification (RFID) terminals used to read the electronic tags in books, anti-theft security points , etc. In this project, the CSTB is specifically tasked with modeling the broad spectrum of the electromagnetic environment in these spaces.

Projects underway at Phéline include Présence-RF, commissioned by the ANSES, where work began at the beginning of 2015. This project aims to deepen our understanding of how humans perceive electromagnetic fields.

To achieve this, researchers at Phéline are designing a mobile laboratory capable of reproducing electromagnetic environments similar to those encountered indoors and outdoors in everyday life. It will be used by researchers and physicians to test sensitivity to electromagnetic fields in volunteers.

The Phéline team also disseminates information about its work. In 2014, with support from the Rhône-Alpes Regional Council, it hosted a series of conferences in schools to explain the nature of electromagnetic fields and the standards and regulations that govern their emissions. In 2015, its initiatives focused on teachers, providing them with practical educational resources for addressing this subject in the classroom.

Unique musical experience at the Théâtre des Quinconces, thanks to Carmen®