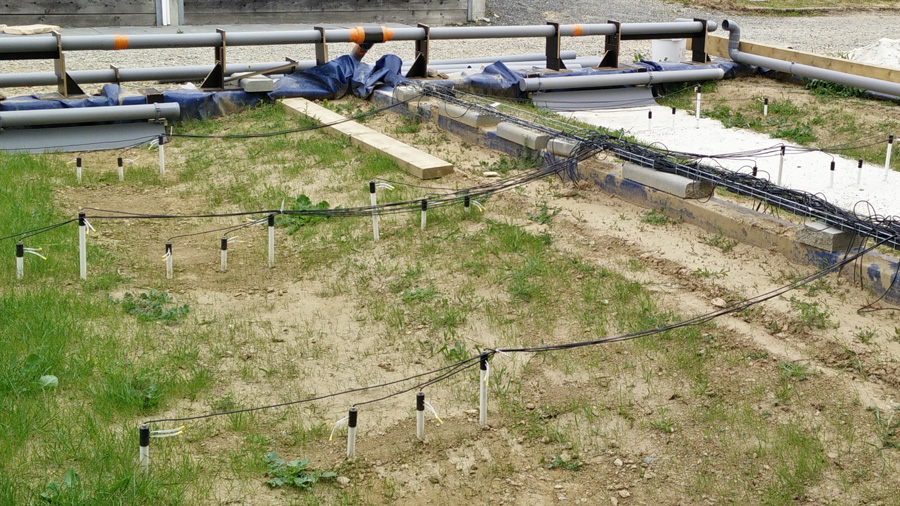 In urban areas, stormwater can cause pollution and floods as a consequence of increasing urbanization, which makes ground impermeable. As part of an R&D partnership project called Matriochkas, the CSTB is working with IFSTTAR Nantes, Centrale Nantes, the City of Nantes and the Loire-Brittany Water Agency on an urban stormwater swale system that enables permeation and retention. The CSTB is testing this full-scale solution at its Aquasim test facility.

Pollution and flooding: Why?

When rain falls on a field, water infiltrates the soil. In urban areas, however, water flows on the surface of the ground. When rain falls on a pavement, for example, the water washes micropollutants (hydrocarbons, particulates, and others) into receiving environments, such as basins and rivers.

Among the techniques used to absorb this water, urban "swales" have proved successful. This approach enables water retention and gradual infiltration. Although the technique is well-known, its physical characteristics and behavior are less so.

As part of the four-year Matriochkas project, launched in February 2015, the CSTB set up an experimental site to test life-size swales at Aquasim. This test facility in Nantes focuses on studying the water cycle at the scale of buildings and plots of land.

Two swales measuring 1.5 m in depth and covering 25 m2 , each consisting of sand and natural soil, are installed in two waterproof concrete basins of the same size. Sensors (32 per swale) measure soil moisture and matric potential (a force that draws water into soil).

In addition to setting up the experimental site, the first stage of the project consisted in collecting different types of stormwater, with the help of the City of Nantes. Precipitation scenarios that genuinely reflect the weather conditions in France were also developed, such as annual and 10-year rainfall levels.

On the horizon: supporting innovation

This work, led by the CSTB, helps build a reference urban swale system, whose behavior is known. It is a first step in the development of a new industrial sector.

SIMI 2019: The CSTB Group guides you in all phases of your construction or urban development