The construction of two new tunnels under the Suez Canal is underway and will join the Sinai Peninsula to the rest of Egypt. This project, carried out under the auspices of the Egyptian Ministry of Defense, aims to improve the circulation of people and support the economic and strategic development of the region. Three to five kilometers long, each road tunnel consists of two tubes with two lanes. One is near the city of Port Said to the North, and the other is near Ismailia at the center of the canal. In 2017, to assess their behavior in the event of fire, the CSTB conducted fire resistance tests on full-scale tunnel segment linings in the Vulcan test facility near Paris. Spotlight on these special tests.

The CSTB conducted a battery of tests to assess the fire safety of two of the future tunnels under the Suez Canal. The tests were performed on segment linings of the Ismailia tunnel for the construction company Petrojet in collaboration with the consulting firm Arcadis and the consultant to the project owner CDM Smith/ACE. For the Port Said tunnel, the CSTB carried out tests for the Arab Contractors-Orascom Construction consortium. It worked with the Spanish consulting firm Sener and the French consultant to the project owner Systra.

For each tunnel, tests were performed on concrete segment linings of the same size: 4 meters long, 2 meters wide and 60 cm thick. Installed in the Vulcain furnace, the segments were exposed to the most severe conditions they might encounter in the tunnel. The first step was to submit them to mechanical forces representative of the pressures exerted by ground movement, then they were exposed to the high temperatures characteristic of a truck fire in underground spaces. CSTB experts observed the fire behavior of the concrete segments, particularly their levels of spalling (loss of material under the effect of fire) to check the structural stability of the tunnel in a fire.

To effectively carry out these fire resistance test campaigns in its Vulcain test facility, the CSTB designed and constructed special equipment. This made it possible to reproduce very strong mechanical stresses by combining horizontal forces of up to more than 1,000 metric tons and vertical forces of up to 240 metric tons. The design and construction represented a technical challenge for the CSTB team. The segments and the new equipment were installed in the Vulcan furnace in its horizontal configuration. The underside of the segments was subjected to high temperatures exceeding 1,300° C.

In addition to tests conducted on entire segment linings, the CSTB tested pairs of half-segments. This second type of test is essential because tunnel tubes consist of assemblies of segments. It made it possible to assess the fire resistance of the ends of the concrete segments, where the mechanical forces may be higher, and the rubber seals that provide tunnel weatherproofing. This is crucial for ensuring the fire resistance of the entire tunnel. 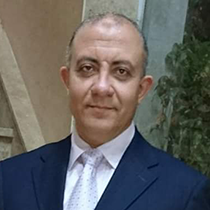 “Five fire resistance tests were performed at the CSTB in Marne-la-Vallée to assess the structural strength of the Ismailia tunnel in the event of fire.”

“After analyzing the test report prepared by the project consulting firm Arcadis, we are now sure that, in the event of fire, the tunnel can withstand the heat loads in the safest possible manner. Predictable spalling can be repaired inexpensively without interrupting operation of the tunnel. We also checked that the buildings, infrastructure and railway facilities above the ends of the tunnel, as well as ship movements on the canal, are not affected.

The Vulcain test facility of the CSTB has all the equipment required for testing fire resistance on a large scale. For our project, the endoscopic camera was important. It enabled us to directly observe the behavior of the concrete segment linings under high temperatures inside the furnace. The monitoring screens showed us the measurement curves in real time (mechanical loads applied and temperatures at different depths). I thank the experts of the CSTB, who were trained for and motivated by this project, for conducting the tests in accordance with the specifications.”