The principles of professional ethics at CSTB

The Charter supports
- compliance with ethical rules such as respect for fundamental human rights, or respect for and protection of the environment;
- respect for public order, including in particular compliance with laws and regulations, and the fight against fraud in all its forms and corruption;
- and the values of the CSTB, namely listening and customer service, excellence and scientific and technical rigour, impartiality and transparency, openness and corporate social and environmental responsibility;
and sets the principles that underpin the action of the CSTB.

Respect for these contributes to:
- the effectiveness of the actions of the CSTB and its credibility in its relations with external counterparts (clients, supervisory bodies, experts, partners, suppliers, users) collectively referred to hereinafter as “stakeholders”.
- the protection, integrity and reputation of its staff members in their professional undertakings by serving as the reference framework for them.

This charter describes inseparable fundamental principles that apply to all operations of the CSTB and which are aimed at strengthening the values of the CSTB. As the work of each CSTB team engages the reputation of the CSTB in its entirety, this Charter applies uniformly across the organisation.
In the exercise of its functions, CSTB’ continuous aim is to duly serve building users and thus to improve living spaces and their environment.
The CSTB takes care to give due consideration to the expectations of its stakeholders, in keeping with ethical principles.
The CSTB treats all its clients and partners with the same regard, in strict compliance with the principle of equity. It guarantees equal access to its procedures.
The CSTB ensures that the companies in which it directly or indirectly holds stakes institute a professional ethics framework within their organisations as suited to their activities.

The CSTB fulfils its various responsibilities guided by scientific and technical approaches, based on the state of knowledge and the rules of the art. The CSTB takes care to ensure the traceability of its scientific and technical works and sources, the quality of its scientific and technical knowledge, the clarity and transparency of its methods and procedures, the rigour of its reasoning, and its own neutrality. The CSTB strives to provide a comprehensive response to the questions it is asked, which constitutes the objective of its expertise. Expertise on a particular subject must be open to the consequences which the given solution may have on other aspects, in compliance with the contract. The CSTB has organised in such a way as to facilitate cross-functionality and the sharing of skills needed for work between teams. No economic or commercial interest, of any kind or from any source whatsoever, may influence the results of work conducted by the CSTB.

The actions, opinions and results which the CSTB produces and provides to its clients are guided by a principle of impartiality and independence. Its impartiality of judgement is based in particular on the integrity, honesty and objectivity of each member of the CSTB staff in the exercise of their professional activity as well as on the ability to constitute collective expertise whenever necessary.

Preventing and managing conflicts of interest

The CSTB is intent on performing its duties free of any conflict of interest that might influence its judgement and call into question its objectivity. Candidate and contractor selection for the award of contracts and economic partnerships is made on the basis of transparent, objective, precise and clear criteria. The CSTB respects the rules of public procurement, in particular the equality of treatment, in order to promote free and fair competition and to manage the risk of conflicts of interest. The CSTB establishes an organisation and procedures that enable it to prevent and address cases of conflict of interest. These may in particular consist of setting up a collegiality or a reinforced transparency on the work carried out and the way it is carried out. In order to anticipate the risks and to address cases of conflict of interest, the CSTB is notified, without delay, by each employee faced with such a situation or if such a situation is likely to occur. In accordance with the legislative provisions in effect (Law No. 2016-1691 of 9 December 2016 amended by Law No. 2022-401 of 21 March 2022 on transparency, the fight against corruption and the modernisation of economic life), the CSTB collects and responds to alerts and provides protection for whistle-blowers.

The public expression of the CSTB, like that of each of its employees, engages the organisation and may implicate it. In order to maintain its impartiality and successfully perform its duties, the CSTB may not be associated with the opinions and views expressed by staff members in their own name. No employees of the CSTB may express themselves publicly in contradiction with these principles. They are bound by a strict duty of reserve, whenever their expression is associated with an indication of their responsibilities as a contributor within the CSTB. CSTB contributors are required to secure the prior agreement from the CSTB in order to participate in work that may be made public, if they intend to make reference to their responsibilities and missions within the organisation.

The CSTB protects the industrial and commercial secrets of its clients and partners. CSTB employees are bound to protect the secrecy and confidentiality, and intellectual property rights of third parties and the organisation’s own contractual obligations. The external professional ethics committee may be called upon by any natural or legal person directly concerned using an online form.

Any physical person or legal entity may refer a matter to the External Ethics Committee by completing an online form. 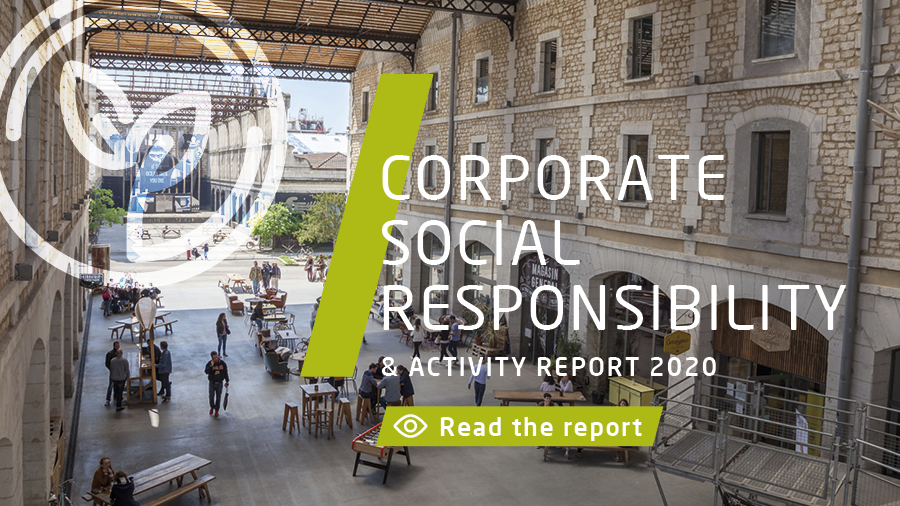